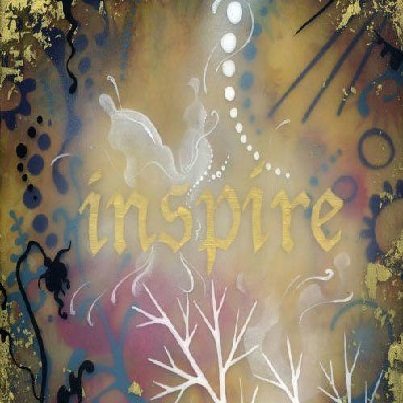 Speak to me, entities
Beyond the clouds and trees,
Those who live in the other
Room and alternate realm.
I yearn to learn
Your language.
Whisper secrets
Into my soul.
Shout truth beyond
The human struggle.
Help me dance my
Days on earth, and
Be of benefit
Where I can.
Show me color
In darkness,
Life in death,
Humor in seriousness.
Overcome me. Overwhelm me.
Rearrange me. Introduce me.
To light. Sway me like
The ocean waves. Take me
Under. Throw me into new
Waters. Tumble my yesterdays
Into something that shimmers.
Let me see anew.
Limitations be gone.
Expectations expire.
Hope renews.
Mind ignites.
Body moves with grace.
Gratitude seeps from
My very being.
I am here. I am there.
I am aware and willing,
Open, steady, rocking my
Way into something more.
No plan. No demand.
Soaring like an eagle.
Unquestioning.
Prevailing.

Dear Girl Back There,

Thank you for trying. And failing. And falling on your ass when you were so sure you had it right. Again. In business. Relationships. Friendships. Decision making. Thank you for anything that resembles wisdom. It was hard-earned. You, Girl Back There, took harsh punishments.

You didn’t speak the words you wanted. At times, you spoke words that hurt and shamed. All in an effort to get love. Or at least a little attention.

Hey you, Girl Back There, thanks for helping me develop style, through trial and error and dollars spent on desires and designs that were never meant to be mine.

You endured people who rubbed you the wrong way and those who wished you’d go away. You took on heartbreak like a sport. You always won, even when you lost.

You delivered me here, but I’m no longer you. And you, Girl Back There, scared of all the bad that’s been before, you don’t have to carry my bags any more. Let’s just set them down and play.

See, Girl Back There, I saw it all. I know how hard it’s been. Your struggle was my birth. I’m a new woman now. I travel light with less baggage. And my ticket to ride is stamped GRATITUDE. Here, I’ll hand it to you. It can take you anywhere. Even HERE, NOW.

I remember the first time my boyfriend at the time belittled me. We sat with two of my favorite people in the world: my stepsister, Emily and her husband, Aaron. The ocean crashed beautifully below us in Laguna Niguel, California, where they lived. The sun rose a perfect day, leading us into lunch, laughter, and Bloody Marys.

I started telling a story. My boyfriend interjected, “Alice doesn’t have a very good memory.” I was taken aback, but let it register no more than had he said, “Look at the bird.” It was the interruption to my story that momentarily perturbed me.

Emily and Aaron defended me. Aaron said, “Dude, what are you talking about? Alice has a phenomenal memory.”

Emily followed with, “I think she has a great memory. Have you heard some of her stories?” The detour passed like a salt shaker across the table.

Aaron laughed and said, “Come on, Alice! Tell us the rest of your story.” I did—because that’s what mattered to me.

What was I thinking? Why didn’t I stand up for myself?

Why didn’t I question why he made such a statement? Based on what? Why didn’t I kill the monster while it was small? Set a more enriching tone for our communication?

I didn’t do any of those things because I’d been letting comments like that slide my whole life. They slid from my father, another man who loved me and was mostly good, but without evil intent could make words cut like a scalpel into a lemon.

Like when I took a summer job across the country and he told me if I failed he’d buy me a bus ticket home. Like when I headed to my ten-year high school reunion and he told me not to feel bad about my lack of success, as my peers were likely in the same boat. After all, he informed me, mine was the first generation to be less successful than our parents.

When my sister landed a job with a software company, my dad said he was concerned for her because to do well in the position one would have to be smart and learn about computers. (She rose to the executive level in that company.)

My father once told me, of course he chose my stepmom and her kids over my siblings and I; we’d grow up and leave, but she’d always be there.

Later, I chose a man’s condescension to mirror my father’s arrows. Comments I long since resisted registering, but that never stopped stinging on an unconscious level. That’s why I didn’t defend myself.

Now, at almost 50, I’ve learned to call my father on his insensitive remarks. He’s learned to apologize. We’ve come to a place of peace and pardon. But that husband?

The worst part wasn’t that I didn’t defend myself. It was that I ingested his unintended insults like one takes in negative news—like he revealed the fucked-up facts of life I had to deal with.

I didn’t have a good memory. I wasn’t good at math. My humor hurt people. Business wasn’t my forte… There was just enough truth for me to trust, especially early on when I believed that his was the love I longed for my whole life.

Truth is a funny thing. What I told you here possibly paints a false picture of the man I spent a big chunk of my life with. He wasn’t mean or malicious. He was kind, giving, generous, and certainly delivered as many compliments as hurtful words.

He’d just learned to point out the “facts” with the confidence of his father, who had put his own ploys on his seven sons. And so it goes. Or, so it did.

One can’t do better until she knows better. Now I do. Not in a 20-something defensive way. Now, as I near 50, I know myself better.

I know my faults and my weaknesses. I don’t need someone to shine a light on them. Nor do I need to hide, deny or defend.

I know my strengths, starting with my memory. I remember men insulting me, approaching me inappropriately, or dismissing me with male superiority, while their words whittled away my self-worth.

My self is worth more. I can see what’s mine and what’s yours. If you’re mine and you can’t see that I’m more, I remember how it hurts to let that shit fly. So, I don’t.

You call me weird,

The label I feared all my life.

Growing up in Los Alamos, NM—the

Land of weirdos—but not my kind,

More of the engineer, physicist,

Then, there were the weird kids that didn’t fit in

And I found my way by pushing them out. (Sorry!)

Next, I met the Olions and weird theatre people

My mom and brother seemed seduced by.

I thought them all too dramatic. Anyhow,

One thing I never wanted to be was weird.

The only thing worse was being normal.

I had to be unique, from the inside.

I wanted people to see my soul,

Don’t be weird; just be yourself.

Turns out, I was my own kind of weird all along.

I take Shamanic journeys and do full moon rituals.

I’m a writer and a poet. I enjoy being alone.

I visit psychics for confirmation.

Has you saying, “Don’t get weird.”

You don’t know, but I’m laughing

And owning my weirdo status–
Even if you don’t like me weird.

She carries her private hell

The way most women carry a purse.

Grief stays with its owner. It

Could creep into conversation,

But what’s the point in

Laying out the contents?

What’s she to do—spill it

All over the grocery store counter?

Across the boardroom table?

Is always close at hand.

It’s become a part of her.

She may leave it for a bit, but

She won’t get far without it.

But, it will never be the same.

This private hell, this grief

Opens to her alone.

Have their own, but

This one seems to grow and

Pull with weight upon her shoulder,

Distracting her from basic tasks and duties.

While other women claim to have similar

They slip hands inside, pull out

Lipstick and smooth it on, but

It’s scary to look inside,

Nothing pretty to apply.

Yet, she’s desperate not

To leave or forget it.

That purse once held

I’m dismayed by women who rise to the top of the corporate ladder, but refuse to honor their own tears. What’s the point in being a woman who can land a man, purchase a home, and gather a gang of girlfriends, if you feel lonely looking in the mirror? As long as you’re alive, you’ll have a relationship with yourself. Why not work as hard on yourself as you do your job, marriage, home, or hobby?

Those could be temporary. Witness the woman who loses her job, husband or health. Years later, she’s revived and fully alive because when she lost her balance she found her center.

Don’t wait for loss to break you and make you decide you’re worth the investment. Choose yourself now.

We force ourselves to feel what we believe we should and do what we think we must. Give yourself a break! Take time for you. Ask, “What am I feeling?” and then honor, rather than deny, dismiss, or justify. What do you need, now? Have your values changed? What unfulfilling relationships or time-consuming activities could you let go of to spend more time with the one ever-present in your world? You matter. Out-of-balance people become a burden.

You want to be a blessing? Sanctify yourself. We work on relationships with men and family. We work on careers, homes and gardens. Yet, we expect ourselves to just arrive? Growing takes work, energy and time. It’s the best investment you can make. Working on yourself means finding your needs and desires, and recognizing your own evolution. It’s knowing, honoring and nurturing the person you are today. What themes come up short around you? If there’s a hole in your soul, nothing outside can fill it.

You can fool yourself and work on everything else, but don’t you know better? Don’t you deserve better?

What do you really need and want? Quiet, meditation, prayer, yoga, music, therapy, art, dancing, poetry, wild sex, bike rides, trips to the beach? Do you need to quit your job or leave your relationship to live congruent with your soul? Or do you need to step it up in some area of life? Don’t just be a better mother, wife, sister, or friend. Be a better YOU. Think about yourself. Just for five minutes.

Ah, come on! You’d give a friend five minutes without hesitation. Or your child or mate or boss. What about you? Be worthy in your own eyes. What lights you up? Work as hard on yourself as you do anything else and your world will expand. But, hey, if that’s too much, just start with five minutes.

Thanks for landing here! I hope you connect with my stories and voice and you want more. If so, please FOLLOW ME. It’s so much easier than me stalking you. Authentically, Alice Lundy
Follow Alice in Authorland on WordPress.com
Join 637 other followers