Grief is bittersweet. I have the most beautiful vision of a place I can never go again.

I miss my young spunk and the belief that all great things were coming to me. They have. They did. However, when we’re young, we don’t acknowledge all that can fall away or the price we may be asked to pay.

I thought I’d paid upfront for legendary love. I thought my lessons before Kevin and I became a couple were my ticket to fly with him. And, oh how we did!

For a brief time. We were so in when he was taken out of this world. I wasn’t young or full of naïve hope. For two decades, Kevin bitched about women and I bragged about men.

Shortly before we got together, Kevin said, “Hey Icey,” (his nickname for me), “Am I your only guy friend you haven’t slept with?”

I laughed and said, “No, there are a couple others.”

In all those years, I never imagined I’d be Kevin Lentz’s girlfriend. In fact, I thought he was an ass.

Don’t get me wrong, I was quite the brat when we met back in our Britannica selling days. Somehow, I overlooked his bullish, but Southern behavior and we became friends.

Still, I didn’t envision or desire anything more until after our time together in May of 2014. I was staying in Kevin’s home for Mother’s Day. We talked until late in the night, huddled on his living room floor.

We told stories about our moms, their health and deaths, our connections with them and the challenges these strong women delivered us as kids. Kevin and I shared the good and bad about our moms and ourselves.

It’s like I’d always been standing outside the house of Kevin. We’d been close, but on that visit he threw open the door of his true self and said, “Come on in!”

How many people stand outside the house of others believing they know the interior? How rarely we really reveal the depths of ourselves.

Kevin did. He invited me to do the same. As much talk as there is about authenticity, there’s a level so much deeper than most of us ordinarily go.

Kevin invited me in—not just to the living room, but to the bedroom and basement of his soul. I walked timidly at first, trying to express my fears and explain how I’d been hurt in the past.

The way he said, “I’m not those other guys” was like walking into a friend’s basement when you fear it could be a dark scene from Law & Order, but he says, “Don’t be scared.”

So, I stopped being scared. When we got into the basement, I had as much fun as those kids on That 70s Show had in their basement.

And riding in the car with Kevin was like that, too. If you’ve watched the show, you know the feeling of singing and laughing, the feeling I had with Kevin. Then, our show was cancelled.

I know I’ll fall in love again. I’m lucky like that.

I thought all beginnings were good, but Kevin said, “No, they’re not. This is different.” He was right.

Kevin was convinced his mom, from the other side, brought me back into his life because this was the kind of relationship she always desired for him. He made me believe and even assured me we’d “just keep getting better and better.” We did. Until he died.

Now, I’m trying to adjust to the idea that my life will just keep getting better and better, even with my Fire burning on the other side. That’s a big idea when my heart broke in the midst of a party in the basement of our souls. I was crushed, buried in my grief.

I’m crawling out. I see the light. I feel his love. I’m finding my divine direction again, but this grief still tastes bittersweet. 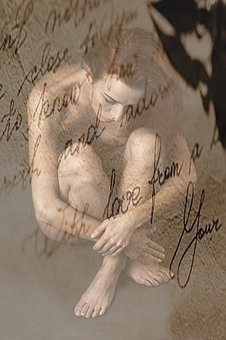 If someone says, “She’s high maintenance” referring to me, I’ve got one thing to say: You’re damn right.

I don’t understand low-maintenance, high-functioning folks. Sometimes I see people maintaining themselves by sucking on other people’s energy.

I sustain my own energy by tending to the two sides of me.

I envy extroverts who get revved up by hanging with others.

For me, these are my required maintenance procedures:
1. Writing—morning pages, journaling and writing with purpose for publication.
2. Yoga or stretching. My body gets physically knotted up and I’m in pain if I don’t find a way to untie the knots. (Massage works, too.)
3. Walking in nature. It’s the act of movement, and nature kisses my skin and whispers to my soul if I go it alone.
4. Reading—expands my mind and heart.
5. Prayer—to God, angels, guides, Mother Mary, Jesus Christ, Holy Spirit, and my loved ones on the other side. It can take a while.
6. Meditation—without it I’d come undone.

These are solo pursuits. When I take these steps I’m better able to connect with the world.

Also, I love being alone. I’m not bored. I’m not lonely.

Extroverts, I love you with your eager invitations and how you can’t fathom my time alone is your competition. It is.

Introverts, I’m with you in the magnitude of solitude, silence drawing out peace and presence for ourselves in order to invoke any magnificence we may hope to possess.

Extroverts, you drag me from the dark depths of myself—beyond the blackness. Some days and nights, I stand at death’s door begging for entry into something beyond. You entertain me and keep me awake to others’ laughter, dancing, voices and stories.

You make me come out and live. Thank you.

Introverts, we know our time alone can be where we feel most alive, authentic and valid. They may think we’re hiding, but it’s here where we face life head on. We’re not afraid of darkness. Or light. The sacred ignites our souls. We see stars intimately. We speak poetry as if it’s our first language. We dance with music because it becomes us. Alone, we’re more than we care to explain, show or present to the great pretenders running the world we run away from.

Extroverts, I adore your laughter and our connections. Yet, I can’t comprehend your apprehension toward solitude. How can it not soothe you?

Don’t you dare to dance with your one true soul mate—you?

We introverts don’t quite understand the loneliness you speak of, for others tend to engulf us in emotional claustrophobia.

Me, I dance between the world of people and parties and my full-on presence. Too much out there invites pretense, lest I speak truth most don’t care for.

Truth—I kiss her and let her seep inside my soul alone on quiet nights and precious days. She allows me to return full and ready, capable of conjuring words, not to hurt but ideally to awaken and elevate.

I’m two sides of the personality coin: introvert/extrovert. I must spend them equally. And so I dance—in the world and in my kitchen. 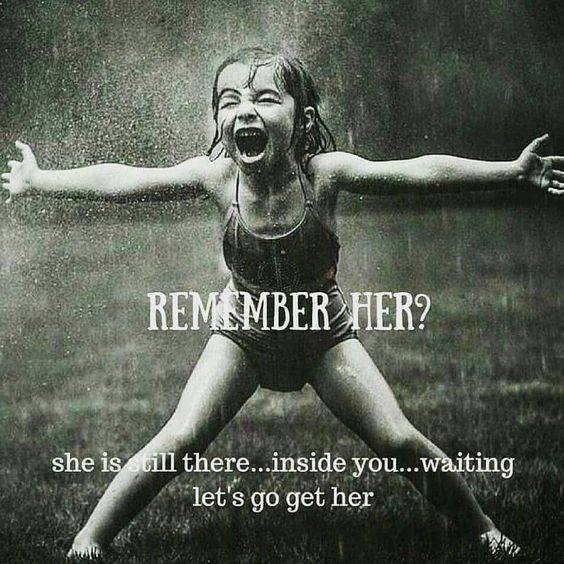 If you were told to

And you learned to

Isn’t it time to

You don’t have to

Now is your time.

Awaken the authentic you. 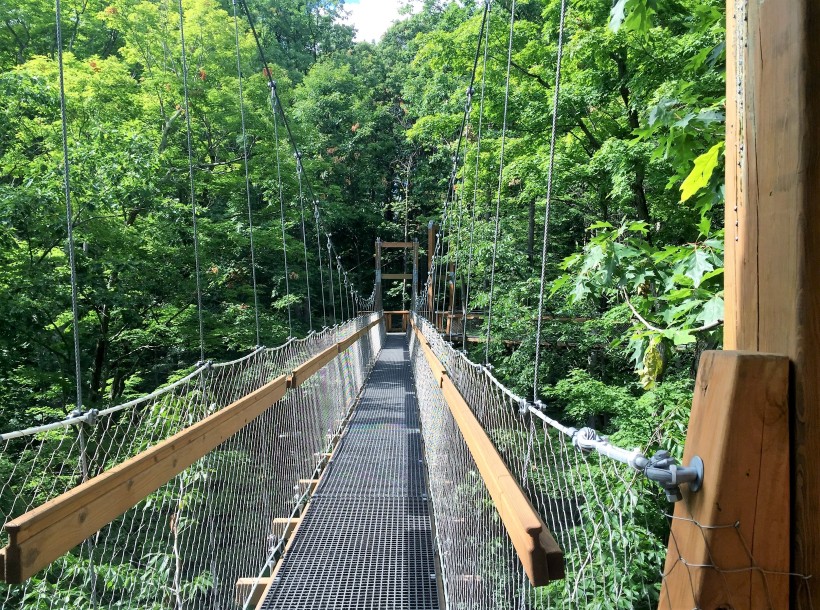 “Our job isn’t to fight fate, but to help each other through, not as soldiers, but as shepherds. That’s how we make it okay, even when it’s not.” ~ Lucy Kalanithi

Bridge Builder, Light Bearer. Those were the words I wanted on my tombstone.

Now, I think escort might be good. No, not that kind of escort!

It’s been my honor to chaperon people across their own life bridges. I didn’t have to build the bridge, but I often shined the light.

Sometimes, like when your sister’s husband dies, all we can do is sit in the dark with our loved ones and hold the light until it catches them.

The bridge seems to form under one’s feet as they walk the path of life.

However, traversing through the darkness—whether it comes from death, divorce, disaster, or simply losing our way—is lonely.

No one else can feel our unique brand of despair in our precious, vulnerable hearts.

That’s why for many years I didn’t let people in. I preferred to suffer the dark nights of my soul alone. I’d saddle up to my suicidal tendencies and keep everyone away from me. Until I didn’t.

Even now, I can’t let everyone in, but I’ve learned to recognize the light bearers. They’re the ones who stand in the darkness with you, shine the light, and fully acknowledge your right to sit where you are for as long as you need to. Light bearers aren’t there to convince.

They’re a power by their presence. They see your pain and appreciate it without pity. They don’t try to pull you out of the pain, but hold your hand while you’re in it.

That’s what my sister does for me—always. Not just since the death of my beloved.

Jayne showed me the light when we were kids and our parents divorced and later, when I was a teenager, she opened her home to me.

My sister has held the light a thousand times.

The light is like bird food. I can’t actually feed the birds. But, I can fill the feeder and let them come.

Now, I’ve become a woman whose heart fills with the sight of cardinals’ colors, beaks and feathers outside my window.

I’ve done nothing; I’ve done something.

I offer food, but I can’t physically carry or direct the birds to it. That’s not my job; it’s God’s, or angels or the Universe. This Amazing Force alerts the birds the food is out and calls them to fly to it.

For me, that’s God. He builds bridges and sends the escorts to help us across the dark chapters of our lives into the light.

God isn’t just in the magic. He’s in the in-between moments building bridges to tomorrow, to our next beautiful chapter.

My biggest lesson: we don’t have to build the bridges!

Often, I have no idea how I’m going to get from here to there.

Sometimes falling apart is the bridge.

If those men I was involved with hadn’t let me down or dismissed me, I would’ve missed the greatest love I’ve ever known—sacred, worth-it-all love.

Deep in it, when my beloved Fire died and I cried every f*cking day, when devastation felt like my middle name, God was building a bridge.

My sister—and so many others—held the light.

Earlier, when my sister’s husband died (four years before I lost my guy), I wanted to be the one to build the bridge for her. But, the only bridge she wanted to walk over was the one leading to yesterday, the one that no longer existed.

So, I prayed and stayed present through the black nights that rippled into days, weeks, months and years. I held the light, as did a whole gang of angels—both human and beyond.

Somehow, my sister, after going one direction for 33 years of marriage, learned to walk a new way through the darkness. Over time, a bridge to a better life formed beneath her—right there, in the dark.

Now, after all we’ve been through, I no longer feel the need to be a bridge builder.

Instead, I pray: God, use me. May I be of benefit. Let me shine the light. And especially, Help me pay it forward.

All I can tell you is this: that rush I get from feeding the birds is nothing compared to being a light bearer for another human being.

When the light catches their eyes—after the darkness—they almost fly.