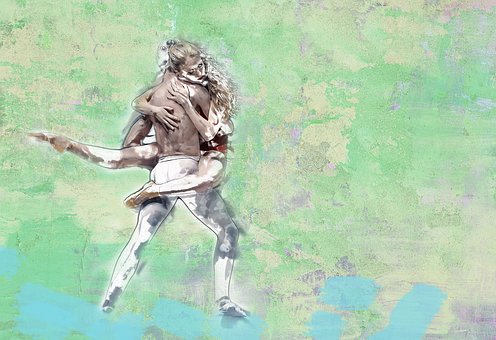 I spent all those years—what since age five?—convincing myself of the value of independence. It was the one thing I could always fall back on: the beauty of being on my own.

Sure, I had multiple chapters of happy with men, but when things ended I knew how to bounce and become better.

After my first divorce, my stepmom said, “A lot of people say they’ll never marry again, but with you, I’m starting to believe it.” I did, too. I meant it. I didn’t need anyone and I was good at walking away.

Still, it was tiring. I wanted to learn to stay. I did, with my second husband, for over a decade. For much of it, I was dying inside.

I got the value of a relationship. I just never got the kind I wanted, the kind I wrote about, and believed in like a dream that comes true for some. I was okay with that—in a way that I have a tendency to affirm I’m fine when what I long to be is fantastic.

Little did I know, my friend Kevin had the same dream—that someday he’d find the kind of gal and relationship his mother wished for him. I had no idea the depth of Kevin’s longing because when we got together, he talked about his crazy ex-wife he hated and his not-so-great girlfriends who came before. The one previous to me was good, but that’s a long way from the grand love this man dreamed of.

Somehow in 2014, our walls fell from our friendship into something deep. With Kevin’s confidence, coaxing, and congruent actions, we both dove into the crazy, sexy, cool relationship that became us: Fire & Ice.

Our paths to that place became worthwhile. Early on, Kevin said, “Why didn’t we do this 20 years ago?”

Because we couldn’t; we had lessons to learn. I needed to be prepared to let go, to totally trust and tell my truth and be open to his in the ways I’d only talked a good game before.

Back when Kevin and I were just friends, I said, “Relationships are about compromise.” Kevin said, matter of factly: “No, they’re not.”

My god! How many times had I compromised myself, my voice, or my values in an effort to make a relationship work? No wonder my independence after a break-up felt like a vacation.

With Kevin, it all felt like a vacation from everything I’d known before. And yet, it was everything my heart and soul had pushed me towards all those years.

I wanted all or nothing: the communication, openness, honesty, passion, and fun. Kevin wanted it all and gave it all. He said, “I’m all in, Icey.”

Then, he gave me something I could lean into with my feminine authentic self, not some version I thought I should be. I lost my need to appear perfect. He loved me through my anger and fear. Trust me, those don’t always show up as pretty.

I loved Kevin through his rants. I even spoke up and cut him short. I didn’t judge him for smoking cigars or all the drugs he’d done years prior.

I understood him and that made all the difference. In his presence, my compassion muscle strengthened.

I saw his worst (when he lied) and his best (the way he showed up). Kevin knew my failures and insecurities. He didn’t let that define how he saw me.

That was the kind of relationship I craved. We were both in it for the long haul and in no hurry to do anything but enjoy our time together. I thank God we did.

I thank God for it all—except how Kevin’s life was cut short. We didn’t know he’d die completely unexpectedly of a heart attack in his sleep on March 4, 2016.

In the face of this loss, I don’t grab up my independence as protection for the pain. Nor do I think I can replace him. Some things are impossible, like what we had.

Maybe it had to be everything it was, not only the lessons we each needed to learn going in, but the lack of warning for his going out of this world.

I resisted enough in the beginning. Had I known the pain awaiting would be harsher than any break-up, I might’ve taken a pass. As Garth Brooks sings, “I could’ve missed the pain, but I’d have had to miss the dance.”

Not that dance. No way. It was my favorite.

2 thoughts on “The Dance”