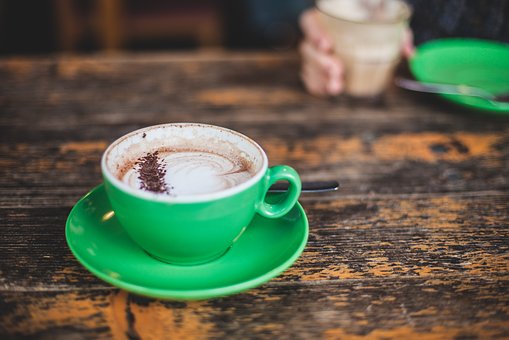 Kevin (my boyfriend who died in March) conveyed a contentedness I’ve rarely witnessed. Ok, sure, he screamed obscenities in traffic and don’t mess with his sales leads!

But in the mornings, he sat quietly with coffee and me. Sounds simple, but that’s not a comfortable setting for everyone. These days, quiet for many means on their phone or computer. For me, quiet is often writing or praying.

I’d forgotten how to just sit in peace and contemplation, without restlessness, resistance, chatter, or distraction. Kevin didn’t like it if I grabbed a book or a pen, or God forbid, my phone. He wasn’t into texting. He was an old fashioned guy, in that he used the phone to call and talk to people.

Often in the mornings, we talked. Occasionally, he prayed aloud for his sales days. He wasn’t trying to distance himself the way many of us do.

The cool thing about Kevin, among the thousands I could tell you, was his ability to be fully present.

We’ve come to let people off the hook for being on the phone, in a hurry, rushing to be somewhere, and never fully arriving.

Kevin arrived in his life. He liked where he landed. In the mornings, contentment shown on his face like the rising sun and the birds at the feeder, the ones he taught me to take an interest in.

Kevin wasn’t striving to impress or mentally manipulate me. He knew how to just be and allowed me to do the same.

It’s morning now. I’m at home. Without Kevin. I sit with my coffee, watch birds at his feeder, and embrace contentment in an imperfect life.